When we consider the school experience from the student perspective, we are open to change our practices to embody the very principles in which we believe.

Ear to the Ground features voices from various corners of the mathematics education world. 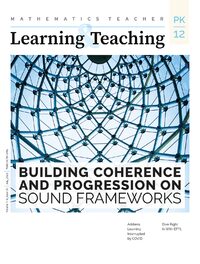